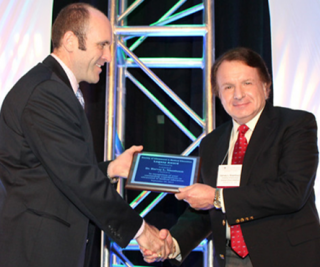 Posted at 14:02h in Featured, News by Quim Fuster 0 Comments

The Society of Ultrasound in Medical Education and the World Interactive Network Focused on Critical Ultrasound wish to express our heartfelt sympathy to the family of Doctor Harvey Nisenbaum who died October 8, 2020.

Harvey was a highly respected radiologist, teacher, researcher, mentor, and leader. He served as Chair  of the Department of Medical Imaging at Penn Presbyterian Medical Center from 2001 until 2018. His scholarly contributions included over 100 papers, abstracts, and book chapters. He was an investigator on 11 grants and gave numerous national and international presentations.

The Harvey Nisenbaum Award for Medical Imaging Research at Penn Presbyterian Medical Center was established in his honor to recognize medical student, resident, and fellow research. Harvey received many awards throughout his career for his outstanding contributions in advancing ultrasound education and clinical practice, including the Peter H. Arger Excellence in Medical Student Education Award from the AIUM and the SUSME Legacy Award being presented in the above picture by  Dr Mike Blaivas at the Second World Congress of Ultrasound in Medical Education in 2013.

Harvey was a passionate and visionary global leader in the advancement of ultrasound in medical education and clinical practice to improve health care for all. His kind, gentle, and thoughtful approach endeared him to all who came to know him. He enriched the lives of so many and will be terribly missed but he has left a rich legacy and many fond memories that will endure and serve as sources of inspiration for years to come.

Sorry, the comment form is closed at this time.

Any cookies that may not be particularly necessary for the website to function and is used specifically to collect user personal data via analytics, ads, other embedded contents are termed as non-necessary cookies. It is mandatory to procure user consent prior to running these cookies on your website.